My11Circle – The sports industry in Indi is vast and caters to a big audience but there is no doubt that cricket is the flagship sport. India’s craze for cricket is more than any sport in any other country. It simply energizes the nation. Now with the coming of the digital age, fantasy cricket has come in a big way in India. The market size is estimated at about 100 million and set to grow further. 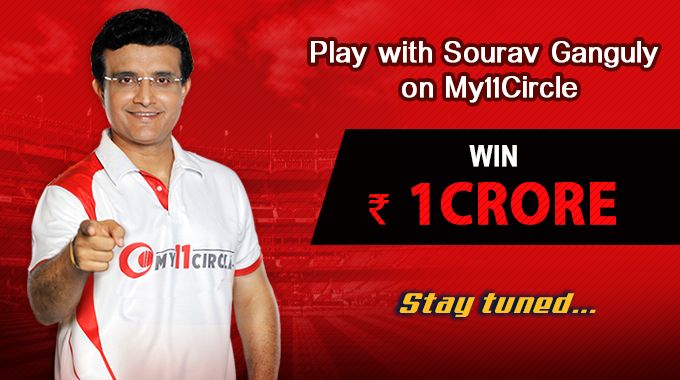 One of the most popular apps in the fantasy league is the My 11 circle app. It has been very recently launched and within a year has garnered about 13 million players.  It has avid mobile players hooked on to the game day in and day out. The platform has some of the most famous ambassadors like former Indian captain Sourav Ganguly. This app is owned and developed by Play Games 24*7. The company is known for creating other popular online gaming apps like Rummy Circle.

There are so many interesting and exciting features that can be played once My 11 circle app is downloaded on the Android smartphone. Through this, players can form their online strategy and create their own winning teams. It’s simple just like any fantasy game. Users can create their own fantasy team on actual Indian and other country cricket players.

Combine the cricketing passion with the best of analytical skills and forge an unbeatable team after installing the My 11 circle app on the Android device.  Take the team to victory and come out a winner and win many exciting cash prizes. The app is a very secure platform to play fantasy cricket and there is absolutely no form of risk. There are multiple layers of security imposed from an application and operational aspect. The app strictly follows all the given Indian regulations and laws.

Please note that once My 11 circle app is downloaded, users can log in with their existing web based credentials. They can also log in with Rummy circle credentials. Once into the app, there will be three sub tabs for new, running and completed matches. The player can select any new or upcoming matches. It gives the details of the different cash prizes available. The user can select accordingly. The prizes vary from small to big amounts.

After selecting a match, select the practice tab to get some actual practice so that player is ready for the contest. The other features include – Add cash, videos, My Matches. There is the refer option at the bottom of the tab. Each referral earns Rs 500 for the player. All the promotional offers in the My 11 circle app is visible at the bottom.